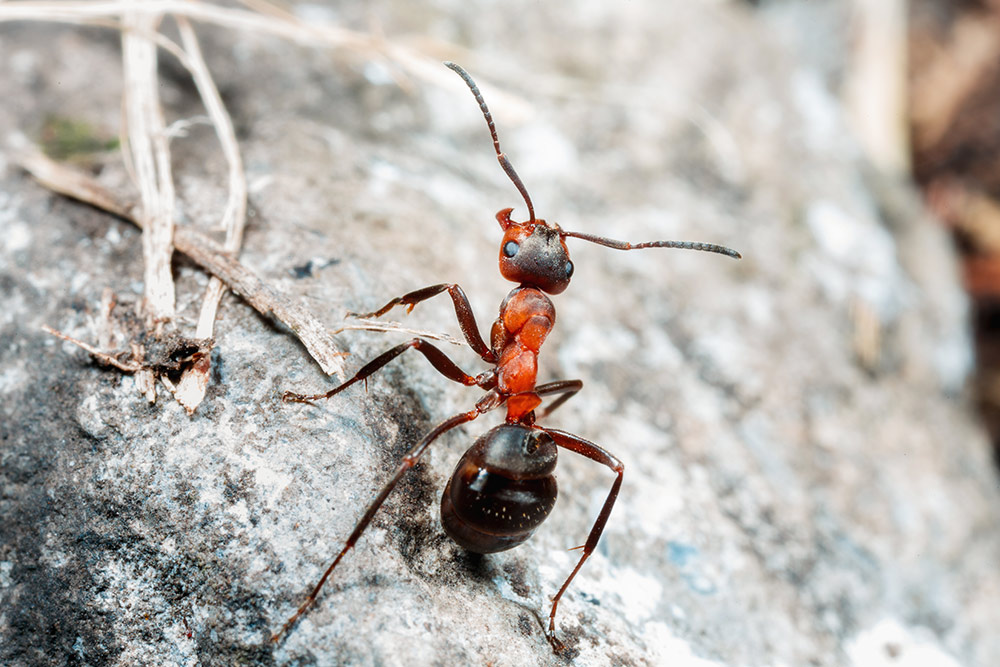 Ants live in societies of large numbers under the ground, in wall cracks or tree blog holes. They are known for their long life span since the life span of a worker ant is up to 7 years and that of the queen ant is up to 15 years.

Ants have a complete transformation process (egg, larva, nymph, and perfect insect) and there are more than 10000 ant species around the world. One more feature of ants is their organized society. Every special type of ant executes a certain task in order for the members of society to cooperate effectively and manage to survive.

In Cyprus the most well known types of ant are:

Their main features are:

When ants search for food they create paths with a pheromone which helps the other ants too in order to follow them every time they recruit in order to reach their food area.

Ants mainly feed on protein foods but actually they especially prefer substances containing sugar. They pollute the food and they cause many problems in buildings and gardens. Finally, some ants bite causing health disorders.

Protection measures that can be taken are the following:

Total elimination of ants must be performed in the following ways: